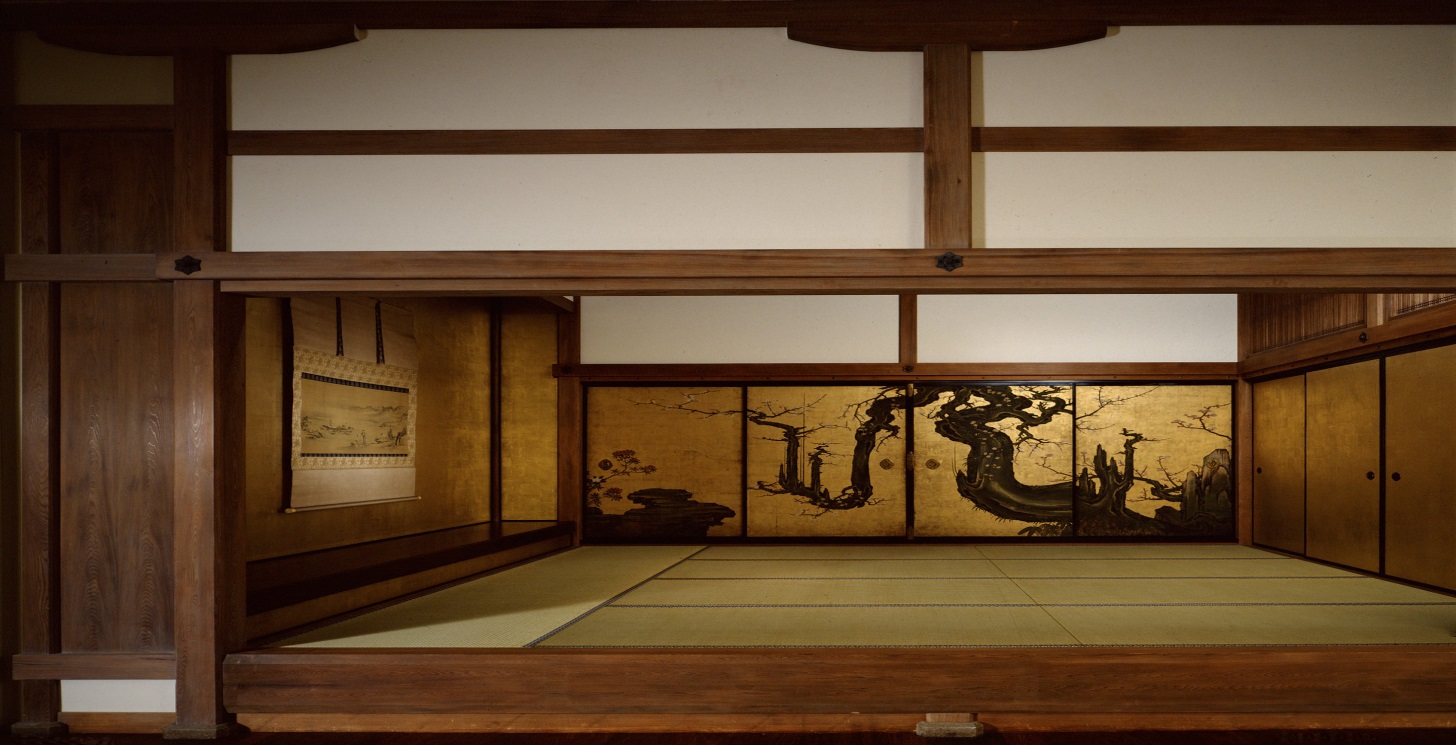 The Shoin Room is an architectural painting that was produced in 1989. It represents the antiquity and culture of Japan after the Momoyama period and signifies the spirit of the leaders and people of that time in the Japanese culture (Cort 37). The combination of praline and bright amaretto colors provides a cozy, welcoming feeling to viewers. The thick dark brown color with the lines in the background emphasizes a defining atmosphere. The grey-brown color of the floor and the inclination of the chocolate brown walls enhance receptive mood. The painting represents a time of rebuilding the provinces and uniting people (Cort 33). It indicates the spirit of the citizens as they opted to cooperate and work with each other as a nation. 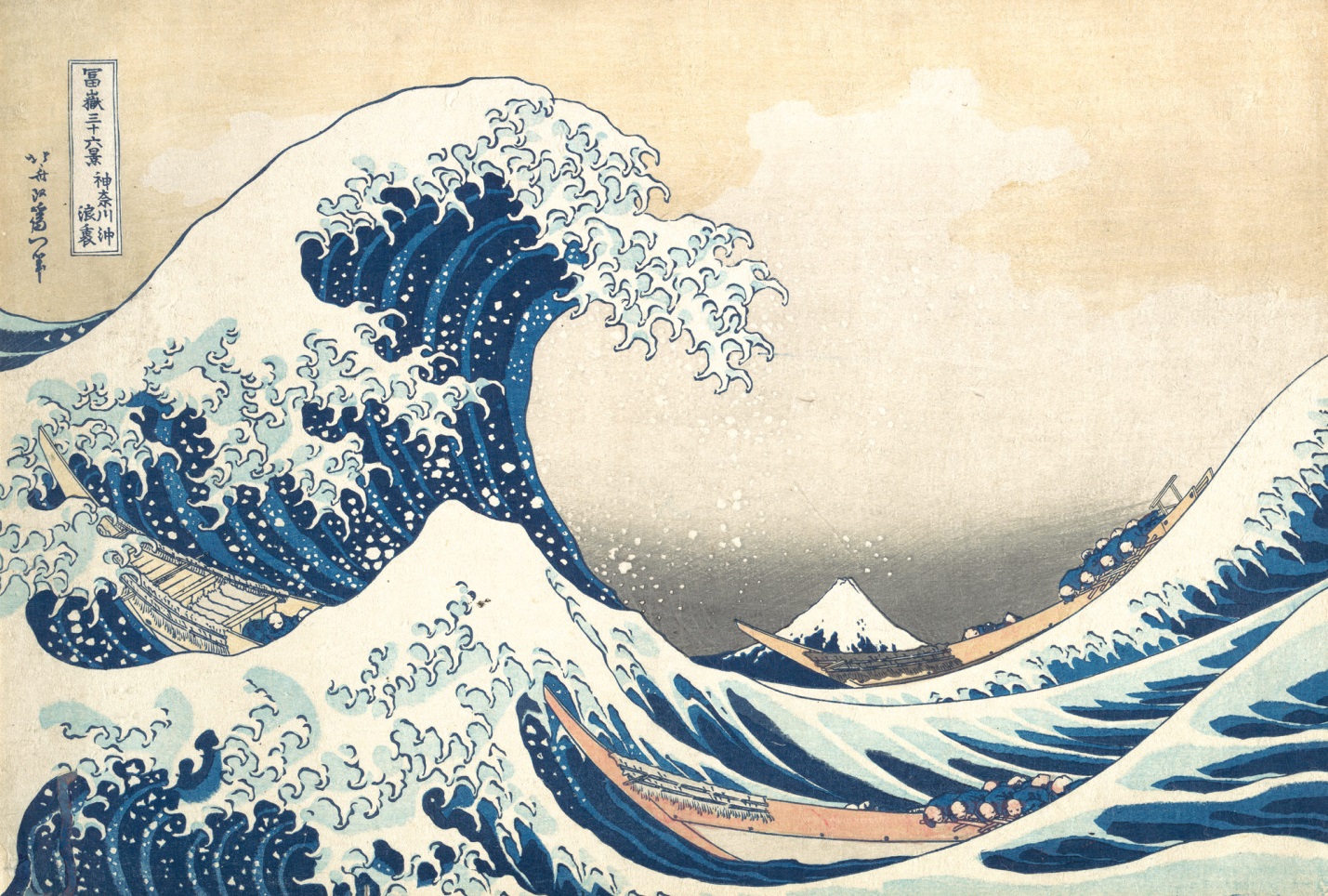 The painting is referred to as the Under the Wave off Kanagawa. Hokusai painted this piece of art during the Edo period (1615-1868). Historically, the government was harshly controlled by conservatives and militants (Lillehoj 140). The painting thus represents the unwavering government that dictated the feudal society. The boats carrying people in represent the structures and leaders who were ruling the society. The massive waves indicate the overwhelming power that the government subjected to its population. The individuals in the boats represent the society that powerful people dictate. The artist uses a Prussian blue color for the water and white color to indicate the waves. The landscape of the painting is horizontal, thus showing the direction of boats. The background is thickly brushed with bright gray color to show the horizon. The artist emphasizes the gray color with a dark brown one on the vessels and parts of the background to provide a landscaping layout.

The Landscape of the Four Seasons, or what is commonly referred to as the Eight Views of the Xiao and Xiang Rivers is 68 by 146 inches piece of six-panel folding screens which are inked on paper. Soami produced the work of art during the Muromachi period when provincial warlords were reigning over Japan. There was tension between different provinces overpower and political influences. The painting portrays the segregation of various regions during the 147-1477 political tensions that led to war. The difference in distance between the foreground and the background is notably large (Zheng 51).

Moreover, the background is more elevated than the front. The distance and elevations represent provincial disparities and power. The artist uses thick painting to emphasize the main characters (the shrubs), which represent people dwelling in various provinces. The main colors used are gray for the background and dark tones for the shrubs. The colors are contrasted by the bright shade in the middle of the mountains, thus making it easy to distinguish the mountains and their alignment.

Each piece defined a moment in Japanese history and enlightened other social-political aspects (Zheng 40). The works were chosen because of their authenticity and conciseness in describing the events through pure art. The pieces are not crowded with many characters or colors, thus making analysis easy. The art confirms that the current visual culture and production can borrow from the past. The techniques of monochromes and polychrome in these pieces have been utilized to produce epic crafts. Therefore, with the current technology and use of smartphones, Japanese art can be modifying and enhanced to suit current artistic demands and productions.

69 3
report
This content was produced by one of our Experts or a Student. It should be used for reference purposes only.